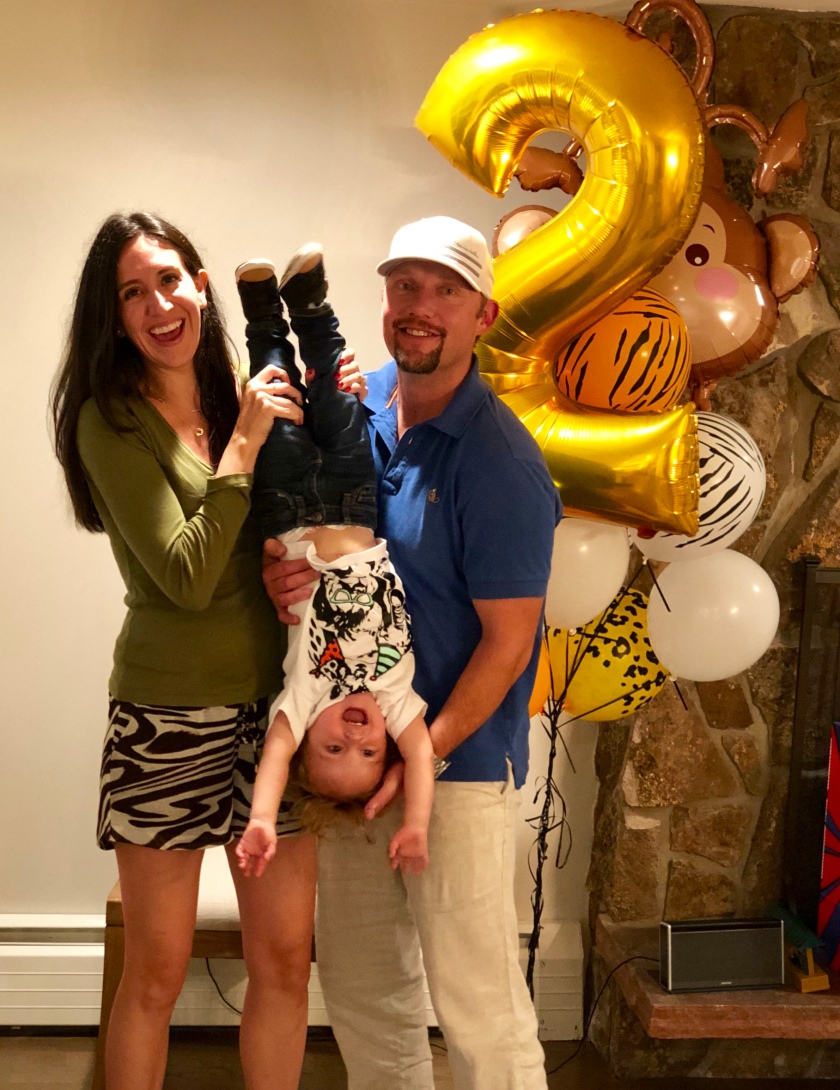 We’ve heard Two is a Zoo!  So we decided to embrace the chaos and throw our little guy a wild bash fit for a pack of party animals.  (Also, Carter’s room has a lot of animal decor so I thought it’d be easy to repurpose that for the party, along with a number of his stuffed animals strategically placed on chairs at the dining room table and hanging from the chandelier, including this giant giraffe watching over the festivities.  If you want to check out the decor from his Subtle Safari nursery visit this post.) 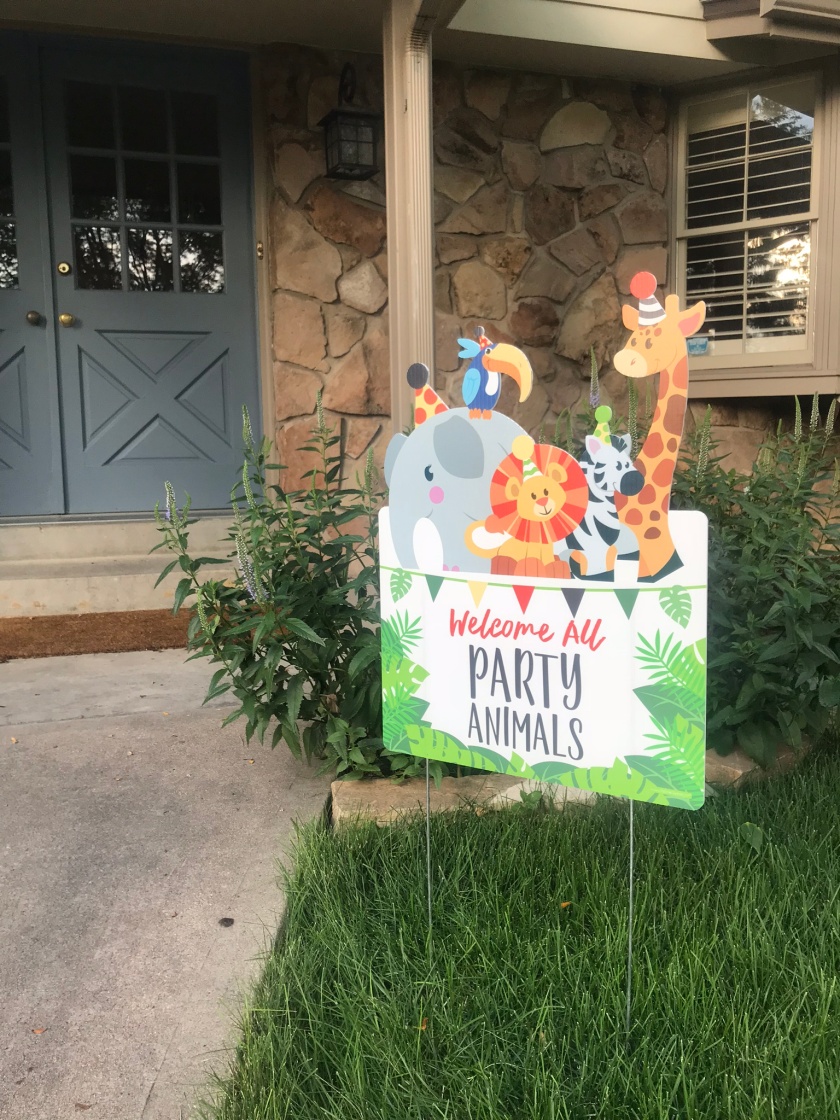 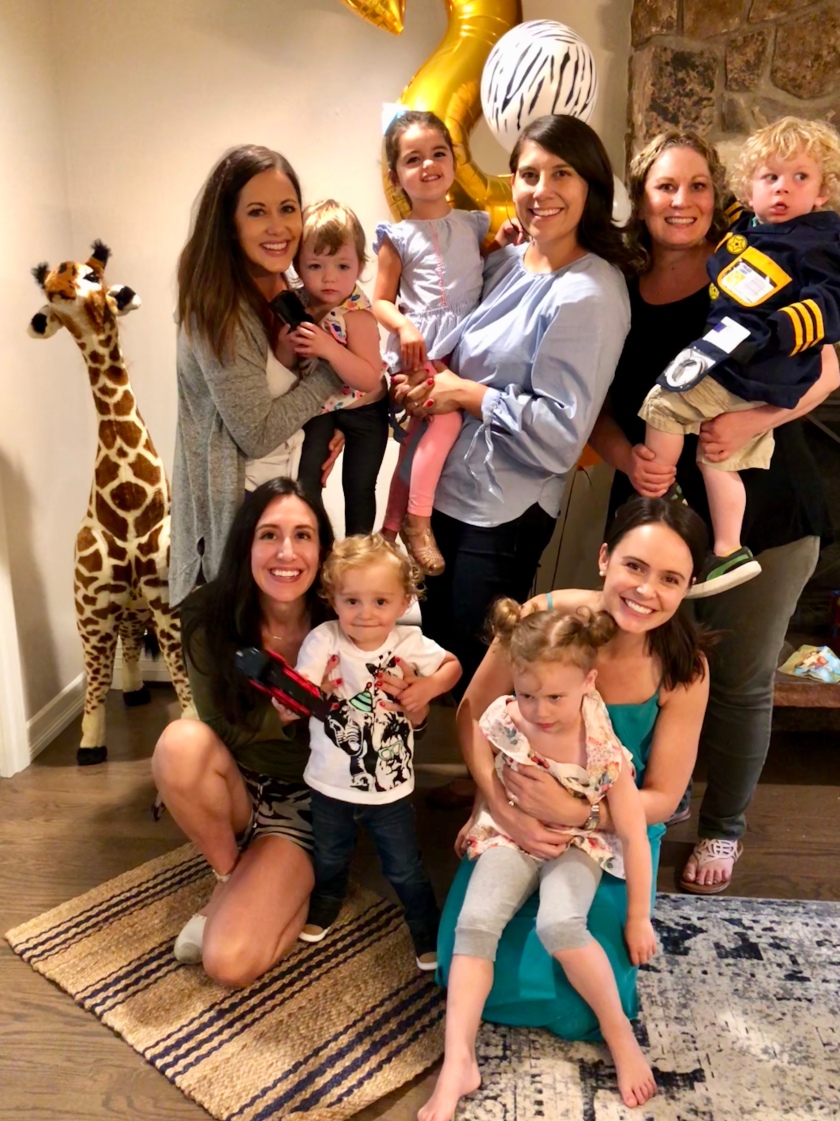 We were a little bummed because we wanted to have the party outside but the weather unfortunately was not cooperating so we mostly stayed indoors.  I don’t know what it is but I feel that any time we throw a party it rains!  A lot.  But we always have our friends and family there to celebrate and end up having a fun time, so that’s what counts.  Just don’t mind my frizzy hair.  The humidity get me ev-er-y time.  (Eye roll.) 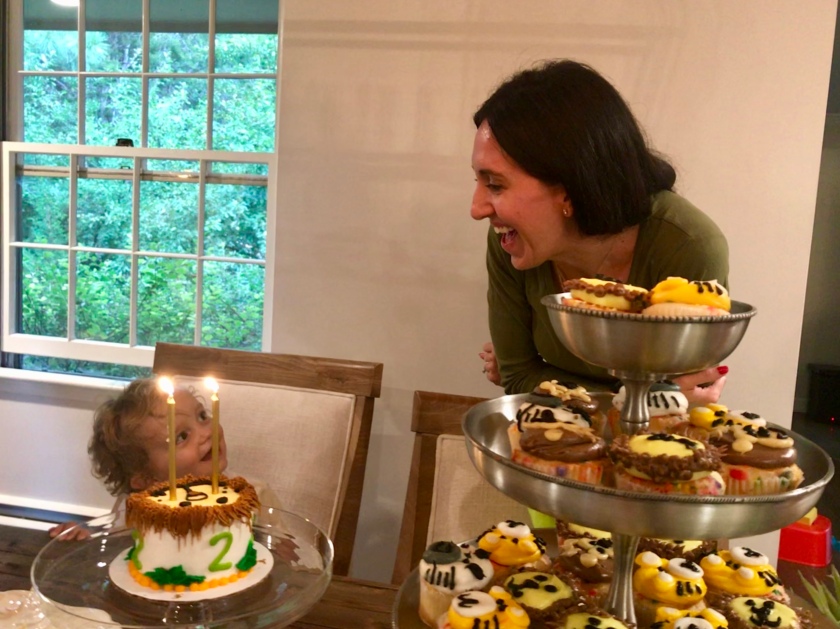 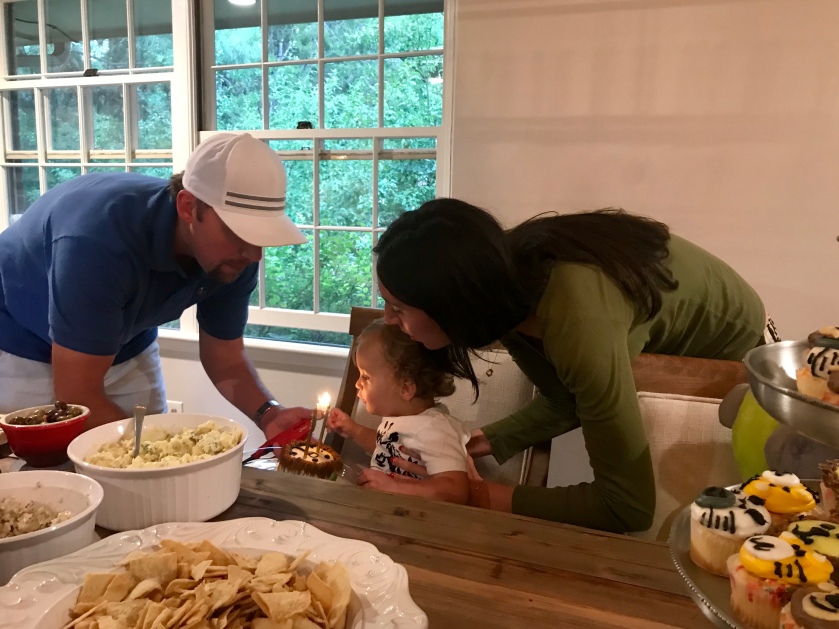 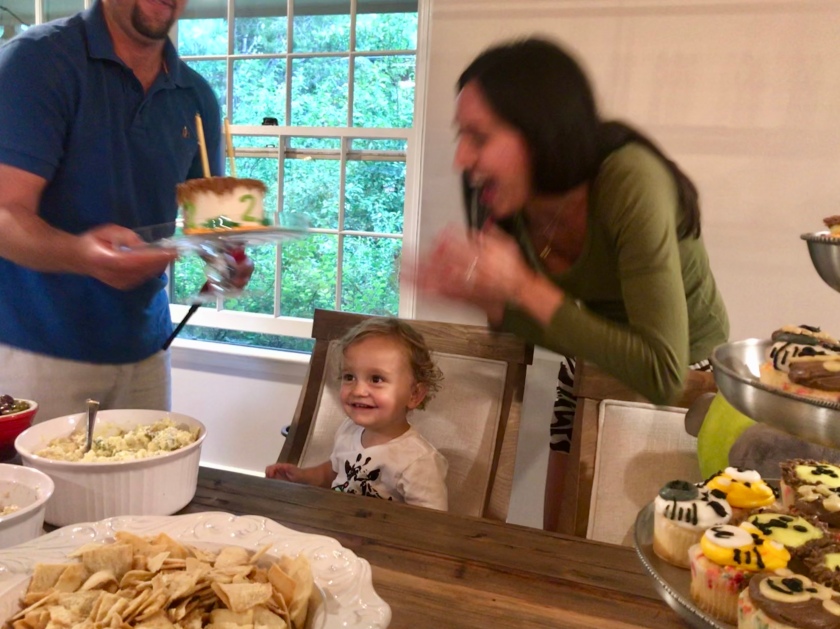 Carter was the cutest while everyone was singing him happy birthday.  He had the most genuine and sweet smile on his face and was just so happy.  Plus he actually knew to blow out the candles, which was awesome.  For weeks he’s been running around telling everyone he’s two and holding up one finger… for some reason he can’t get that middle finger up to show that he’s two.  LOL.  He’s really proud of himself for being such a big boy and it’s adorable. 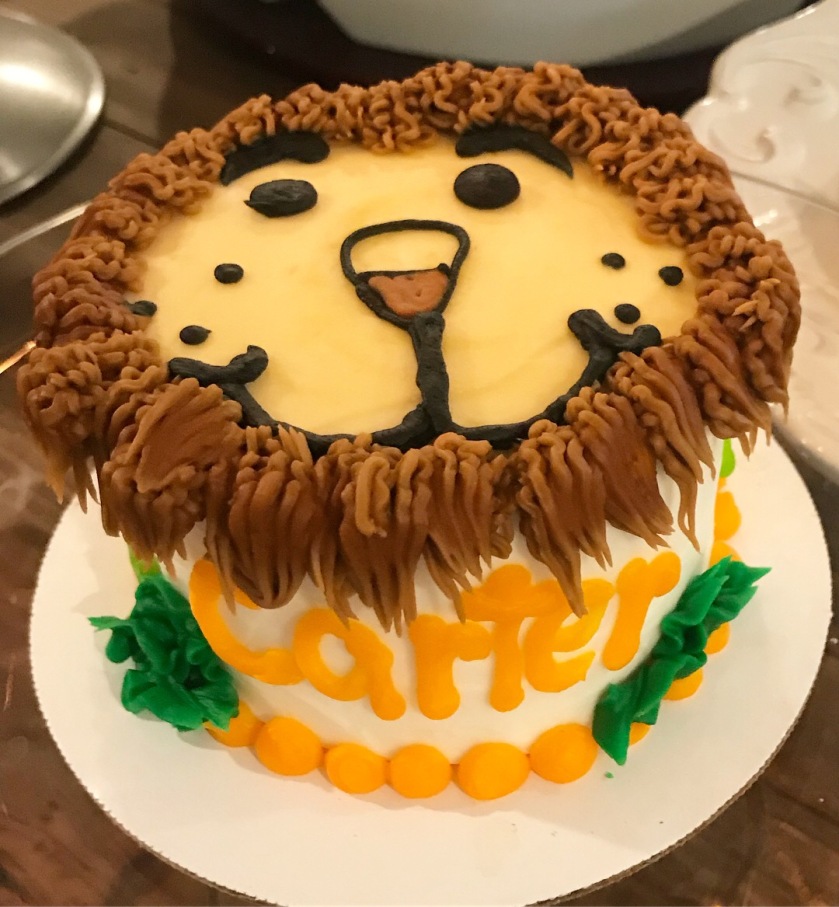 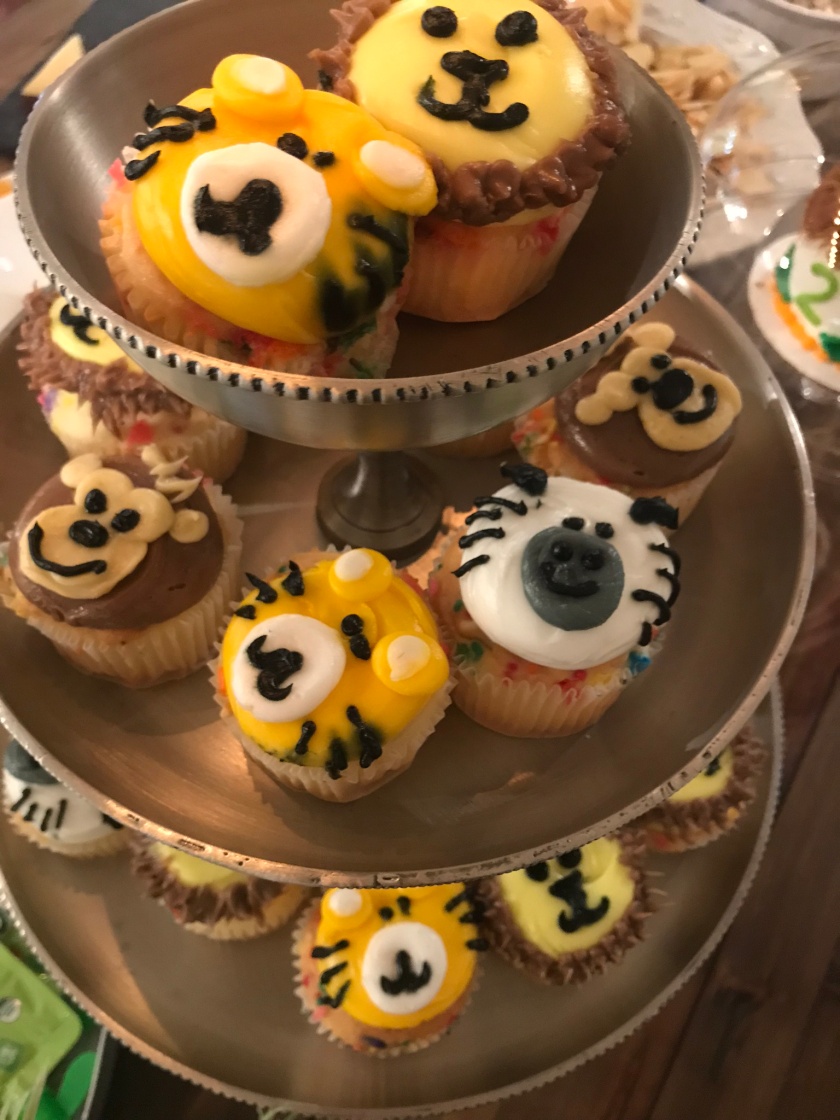 A big shout out to my favorite bakery in Denver – Mulberries Cake Shop for making Carter’s mini lion-face cake and all of the jungle animal cupcakes which were a big hit.  Mulberries always does a great job and word to the wise – they even do free smash cakes for 1st birthdays!  So if any new mamas out there are looking for a good bakery in Denver, I highly recommend them (and their funfetti cake). 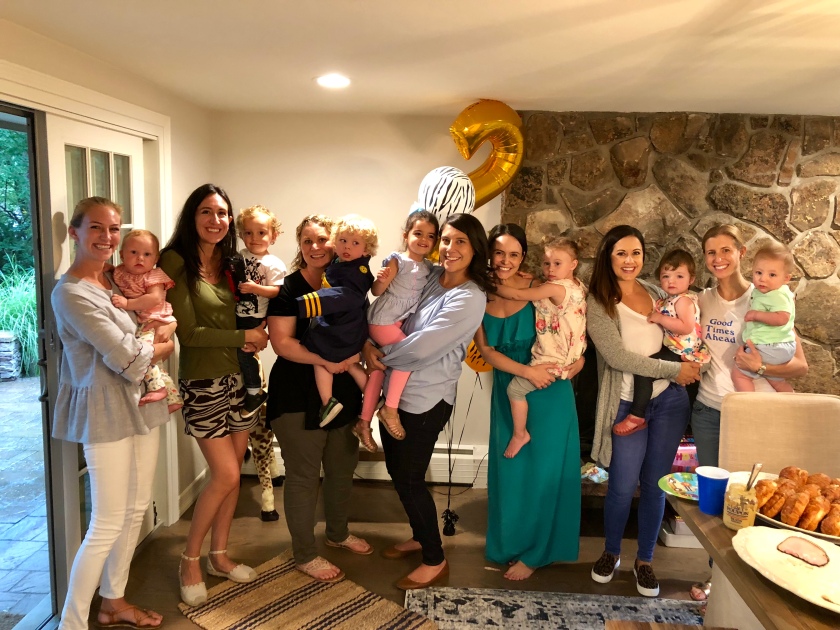 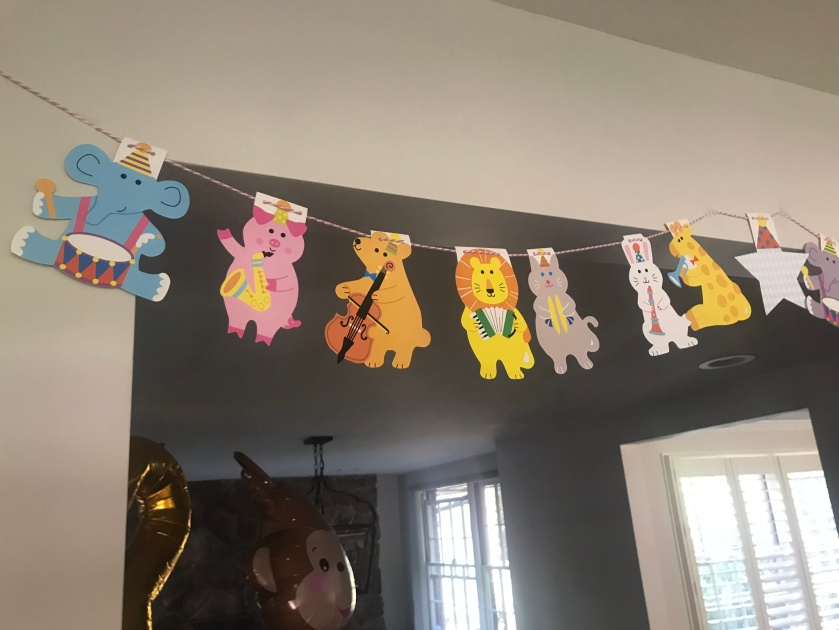 And I seriously don’t know what I’d do without Amazon Prime, or online shopping for that matter.  I got most of the decor for Carter’s party online including the party animals welcome sign and the musical animals banner both pictured above, as well as the safari plates and napkins.  I also got cute little jungle animal party favor boxes and filled them with animal print sunglasses, temporary tattoos and these cute little zoo animal paratroopers from Party City.  I also got all of the balloons from Party City because what good kid’s party doesn’t have balloons!?  I even got Carter’s t-shirt off of Etsy. 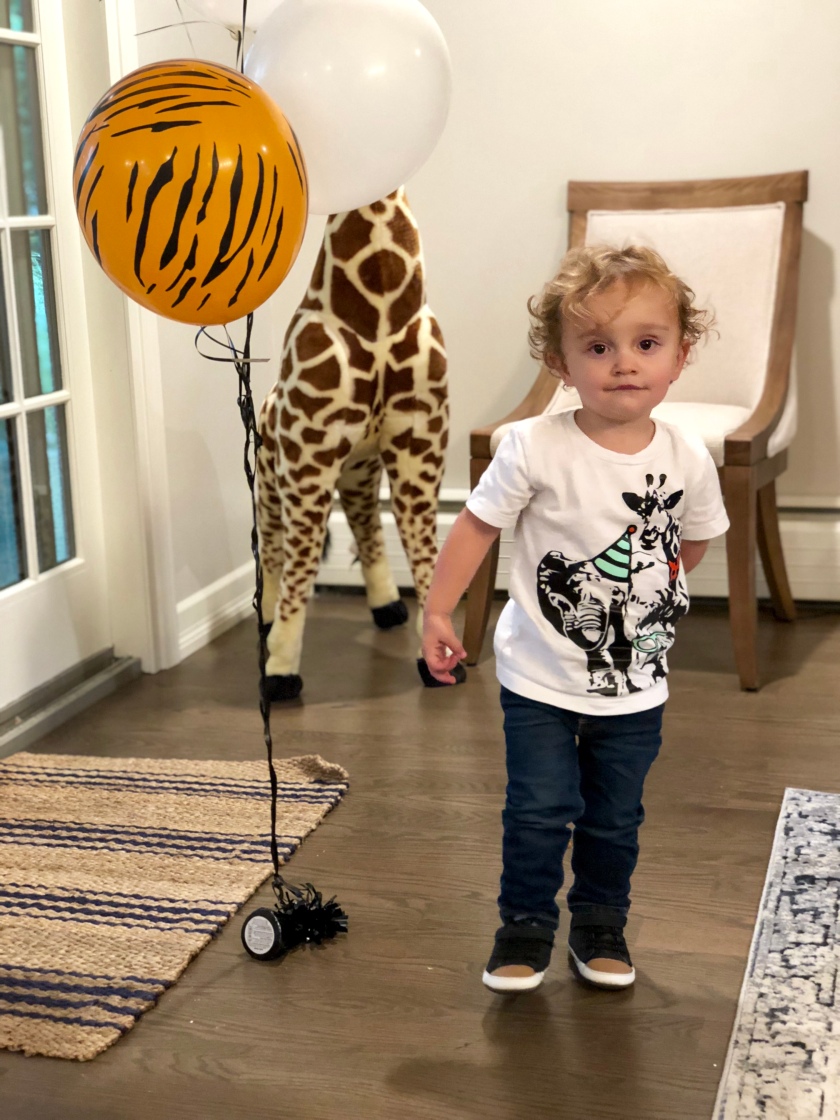 With almost forty people at his party and ten of them being under the age of four, it definitely was a zoo.  Happiest of birthdays to our wild child.  We love you more than a monkey loves bananas!

Now on to the triumphs and tantrums of being two!