As you descend the stairs from the plane on the Hamilton Island runway, you instantly feel like you’ve landed in paradise.  Nothing beats leaving air plane air conditioning and having warm, salty ocean air wash over you.  The small airport is open to the outdoors and baggage claim has views of the ocean. 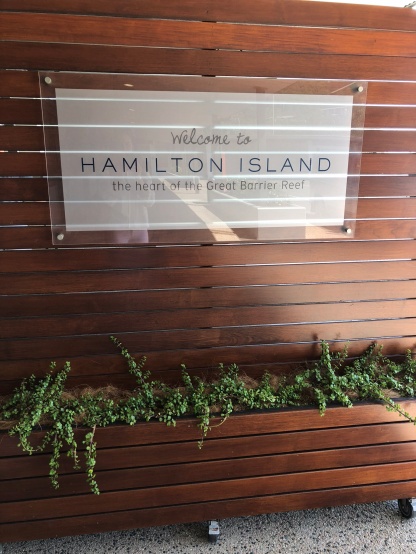 We spent our last week in Australia on Hamilton Island and it was amazing.  The island which is part of the Whitsunday Islands in Queensland is truly a paradise with beautiful scenery at every turn, and although Scott and I weren’t alive at the time we imagine it to be somewhat like Waikiki Beach in the 1950’s.  There’s plenty to do on the island, yet somehow it seems untouched and undeveloped which is a rarity and so very peaceful.  There are no cars on the island aside from those of the maintenance and service crews, so you get around by “buggie” or as we Americans know them – golf carts. 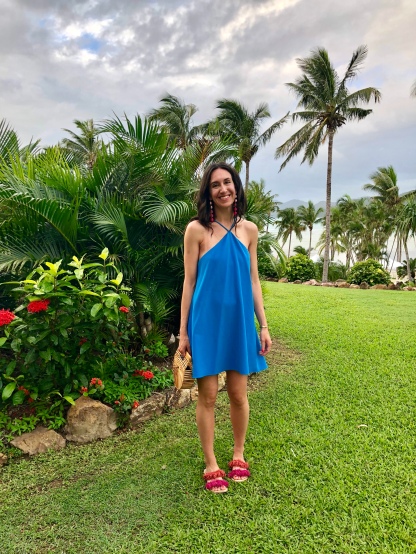 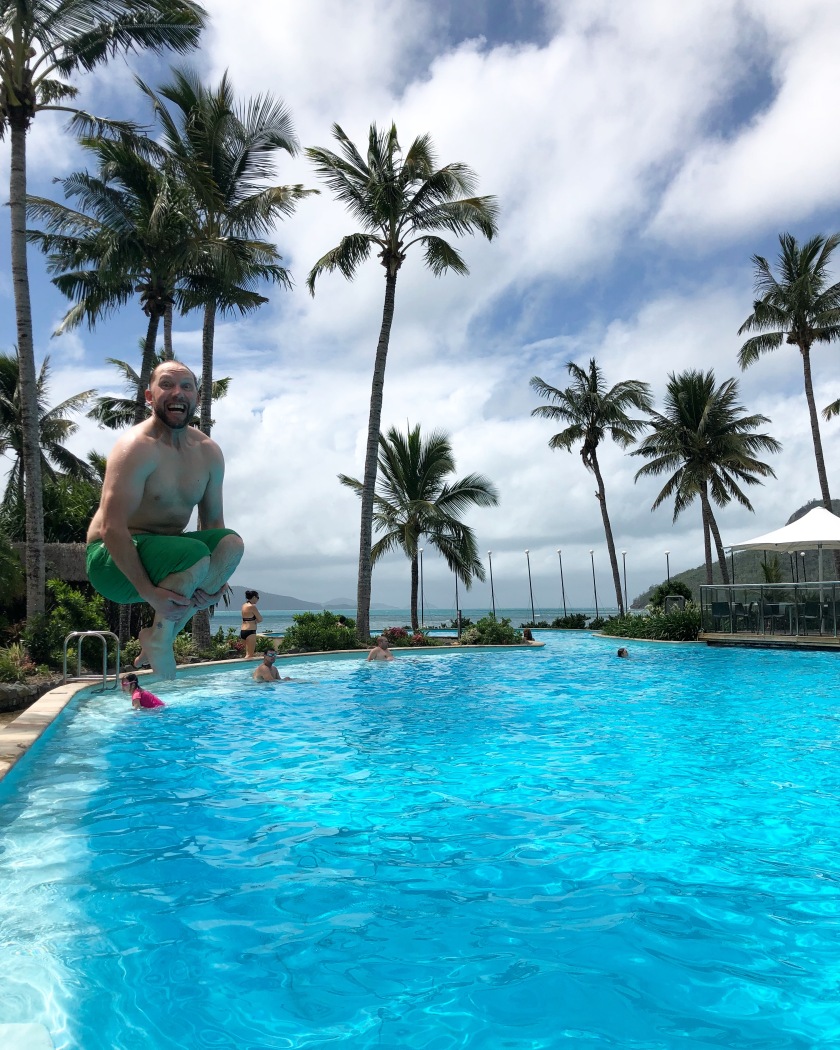 On our first day on the island we headed straight for a pool-side lunch at the Beach Club Restaurant followed by beach time and a self-guided tour of the island in our buggie, during which a downpour ensued and during which we sought refuge at the Marina Tavern!  A spot we would hit many times.  I discovered a new top-contender for my favorite beer – Stone & Wood Pacific Ale.  I’m usually a wine drinker, but these cold ones went back pretttttty easy! 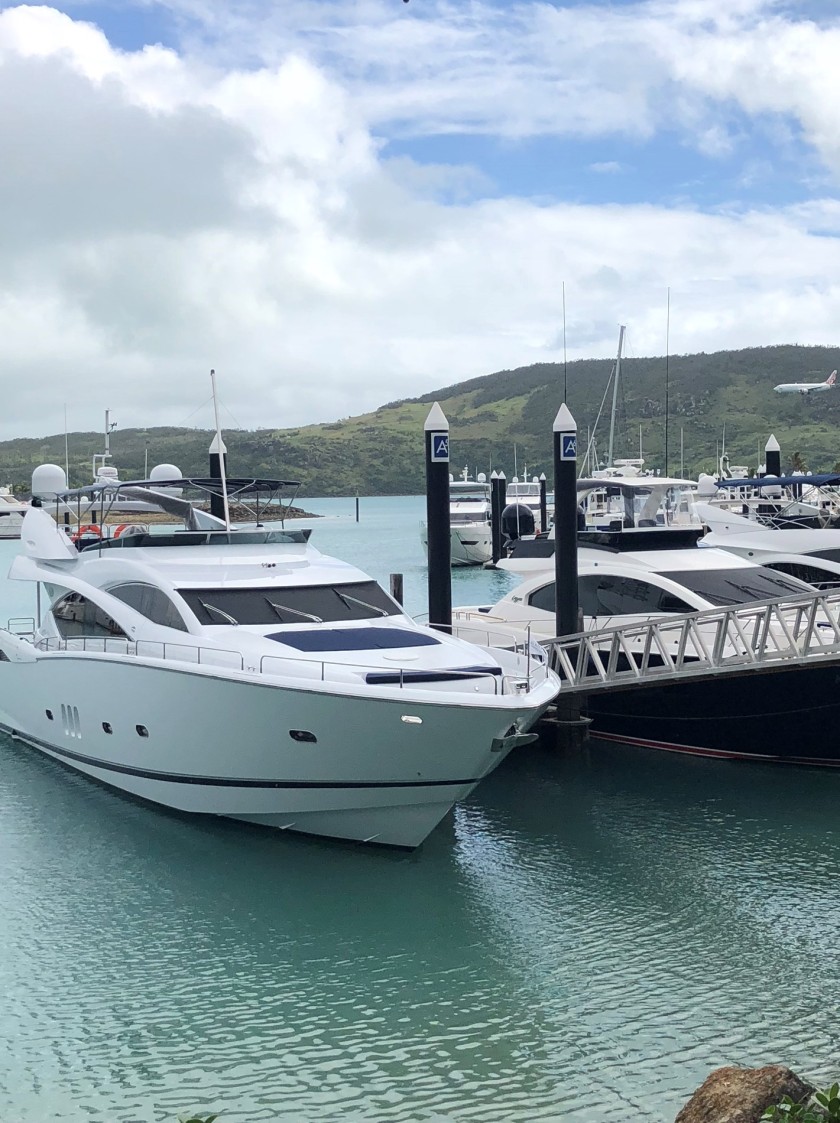 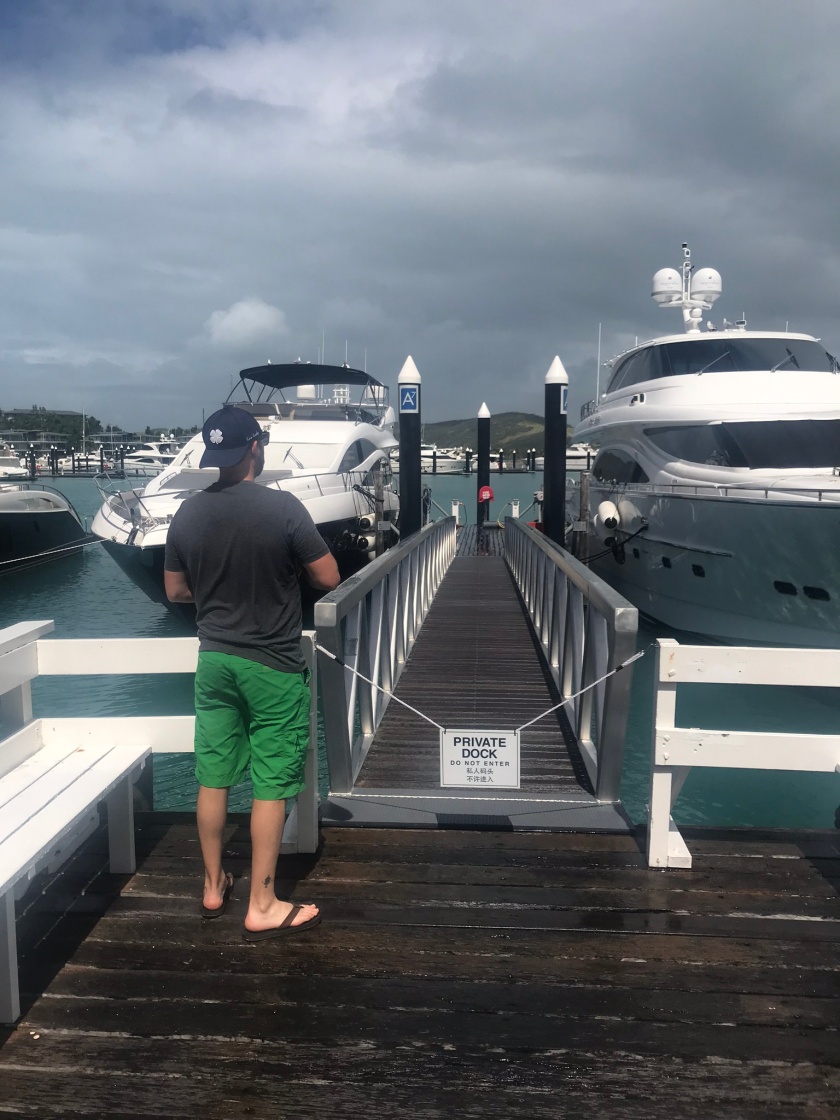 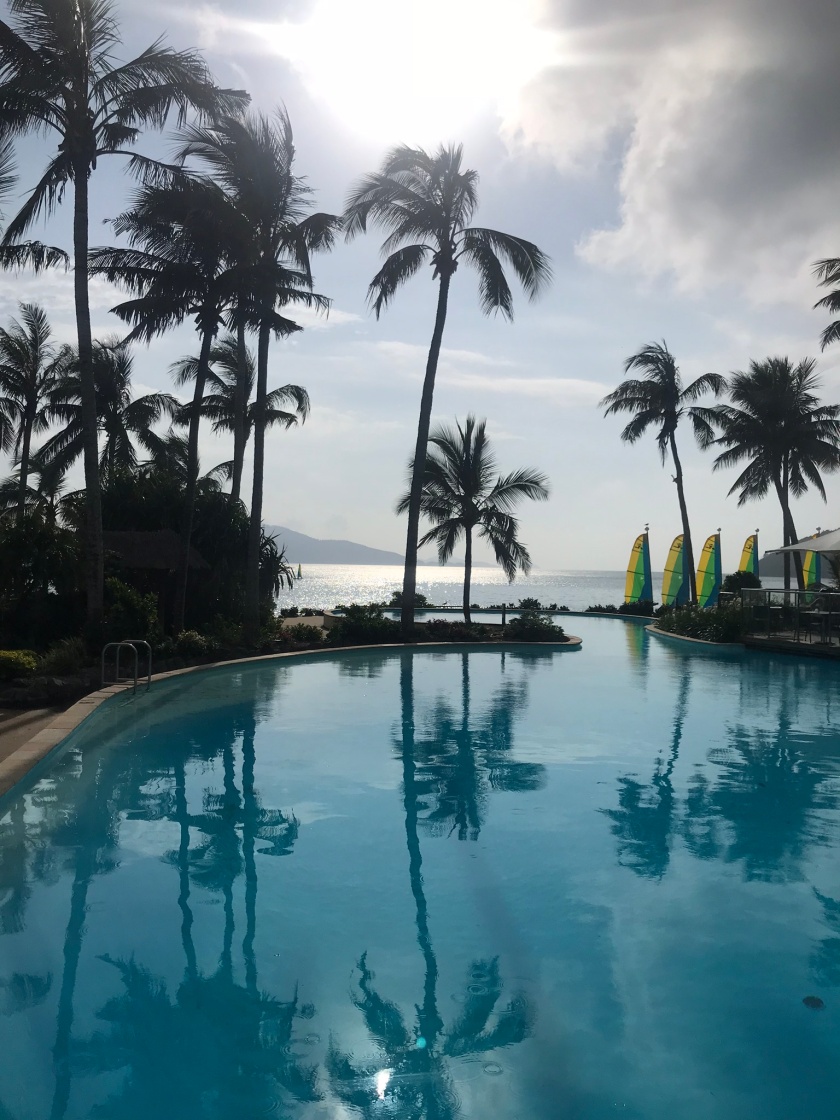 One day we took a catamaran to Whitehaven Beach which is considered to be one of the world’s most beautiful beaches, and I’d have to agree.  It has white silica sand and stretches for miles.  Whitehaven Beach is only accessible by boat and is a national park, which keeps it relatively unspoiled and uncrowded.  It’s pristine turquoise waters and bright white sand are quite the sight, even on overcast days like the day we visited.  My iphone pictures definitely don’t do it justice!  Google it. 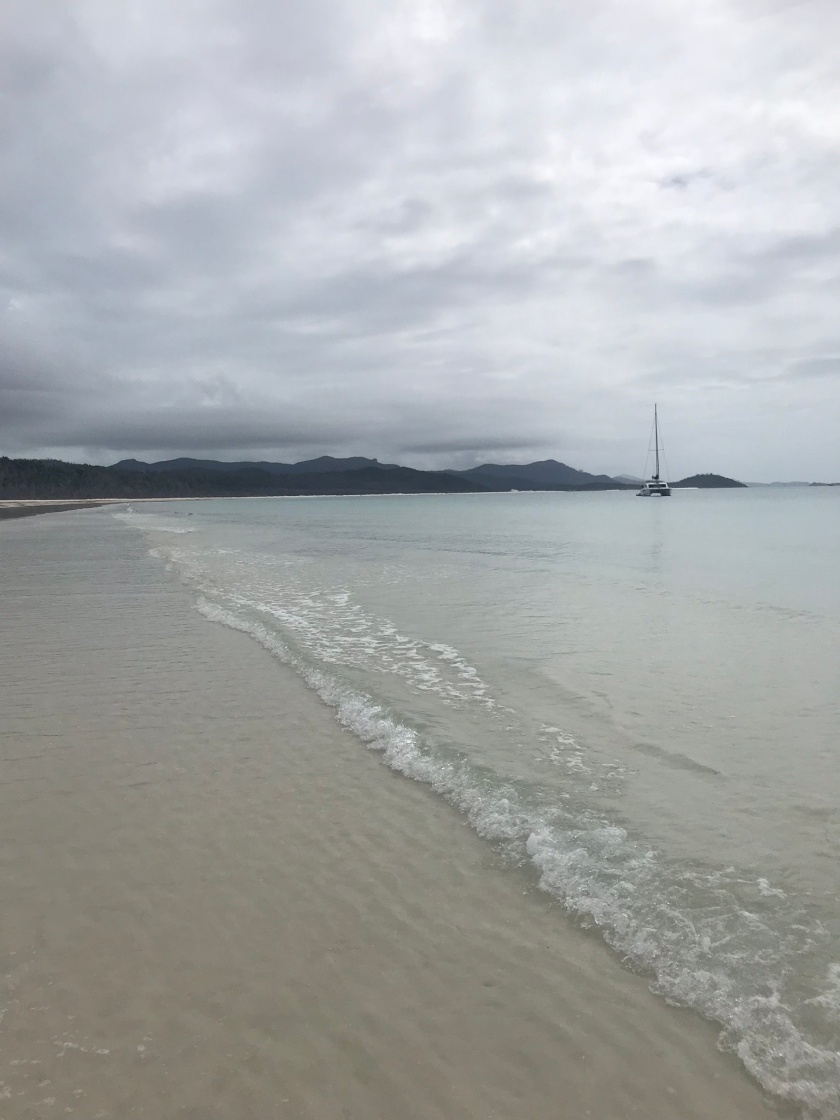 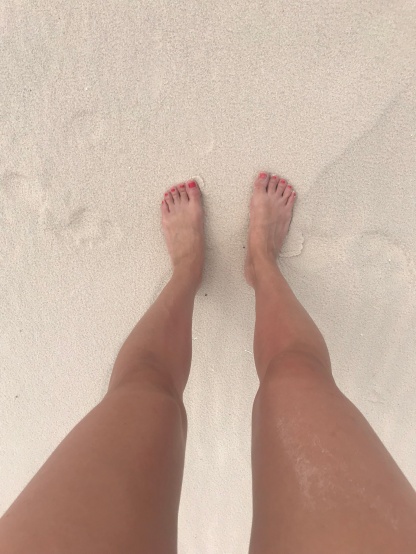 Our beach buddy (called a goanna) got a little too close for comfort! ^ 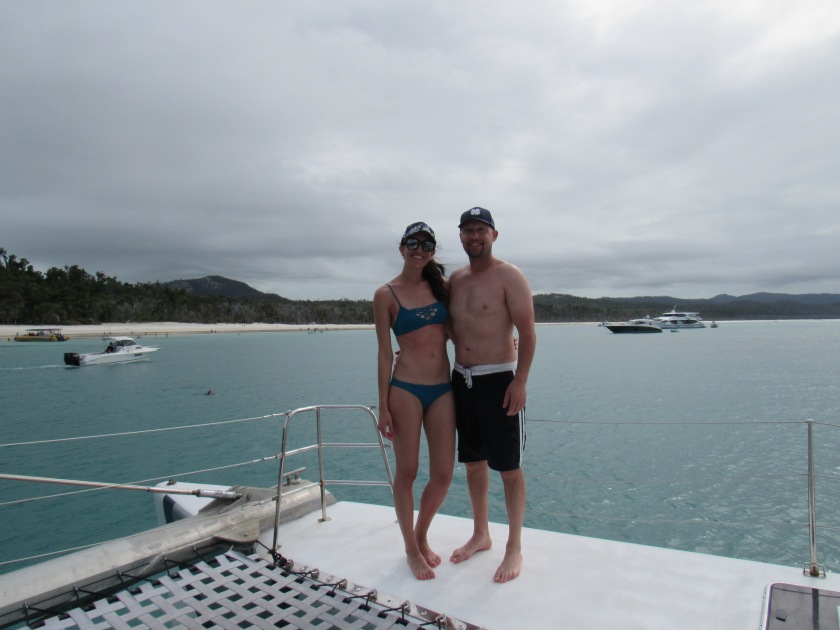 One day we took a break from relaxing and hiked to Escape Beach, a secluded beach which we had all to ourselves!  The hike took as about 90 minutes each way so be sure to wear good walking shoes.  I would also recommend going in the morning as low tide comes in the afternoon (at least in April) and the water recedes quite a bit.  The hike through the island’s bushland, although rather humid, was serene and we felt really removed.  Scott and I walked across the rocks at Escape Beach and found beautiful shells and pieces of coral that had washed ashore that we took home and are some of our favorite souvenirs. 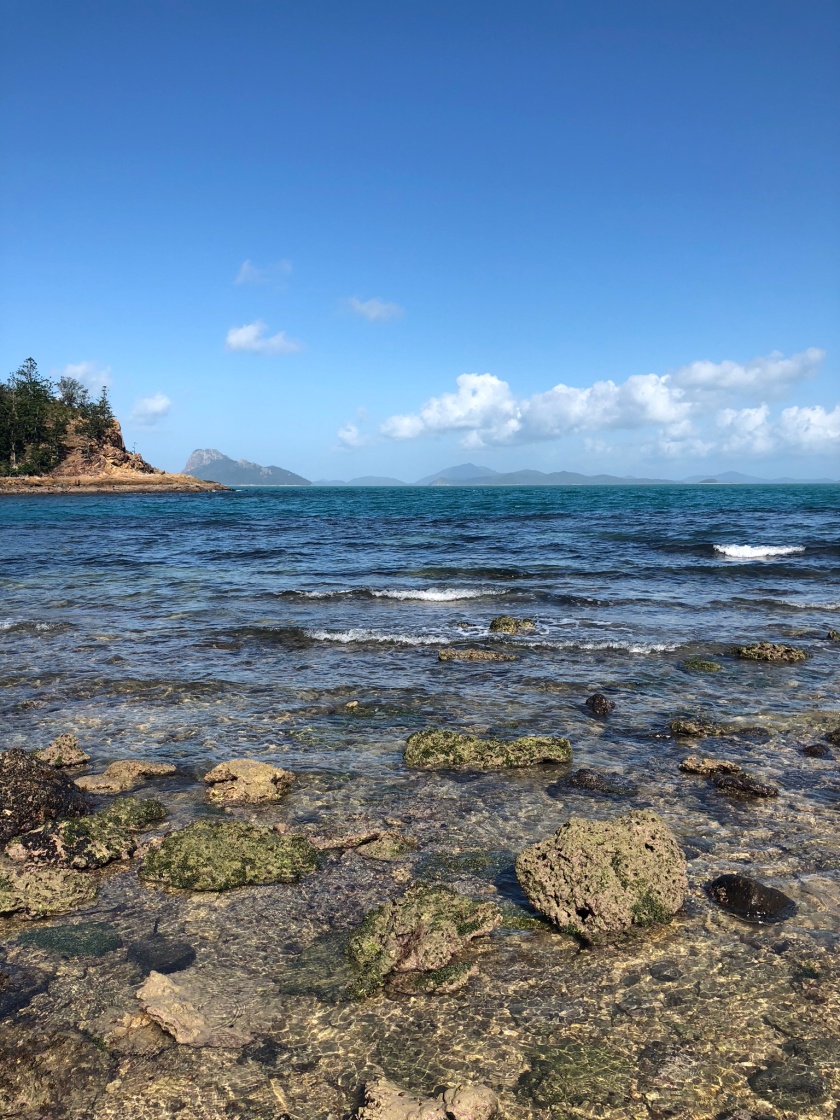 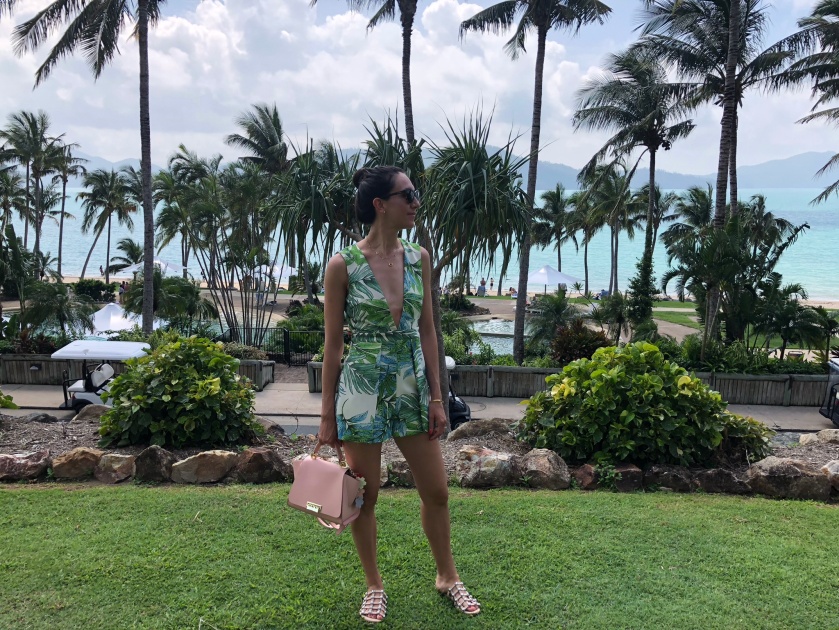 In all we spent six days on Hamilton Island and mostly just relaxed, laid on Catseye Beach, swam and kayaked in the ocean and had fun together.  It was so peaceful to have a trip just the two of us.  Scott and I really cherished the one-on-one time and the R&R.  (Although we did FaceTime Carter every morning… and sometimes again in the evenings.)  Naturally we missed our baby, but I think getting a chance to escape, reconnect and reset is an amazing thing! 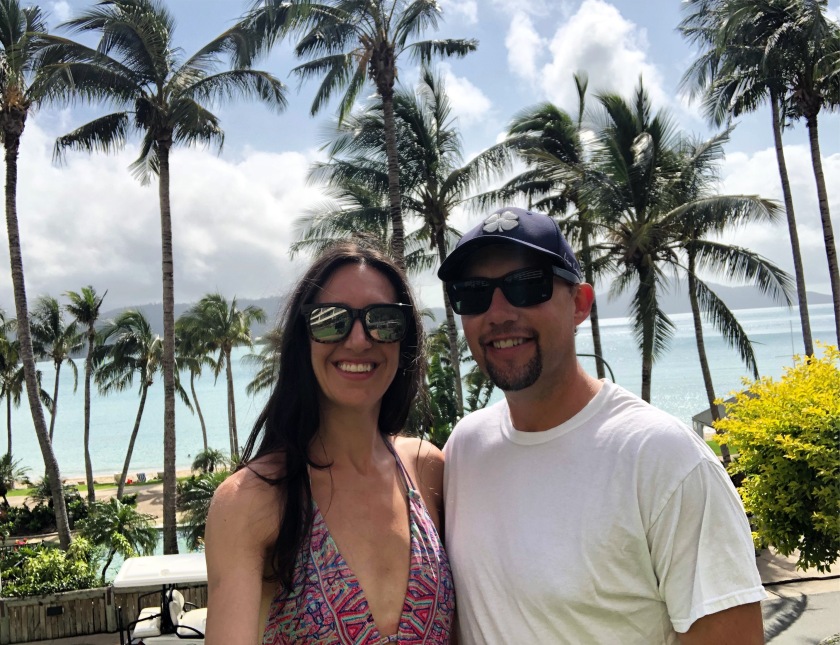 Other fun things to do on Hamilton Island: 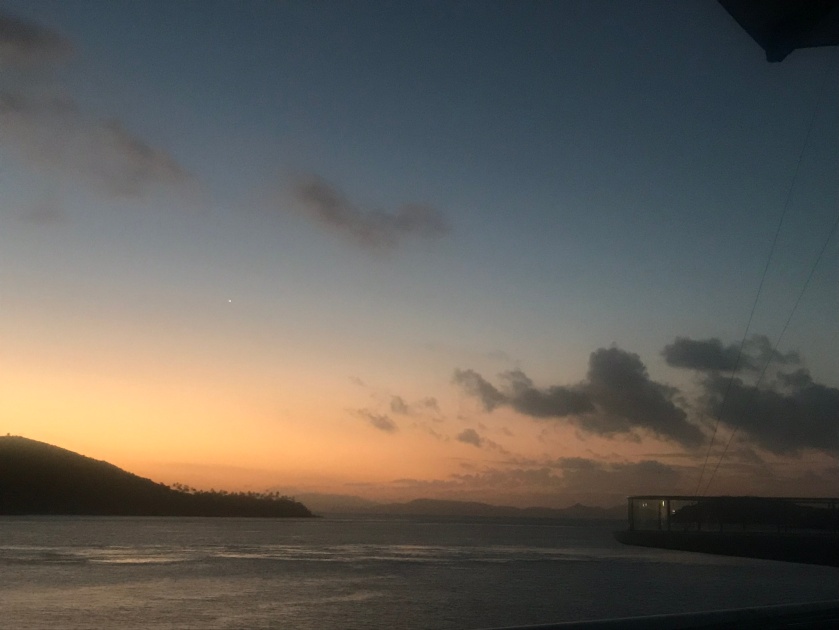 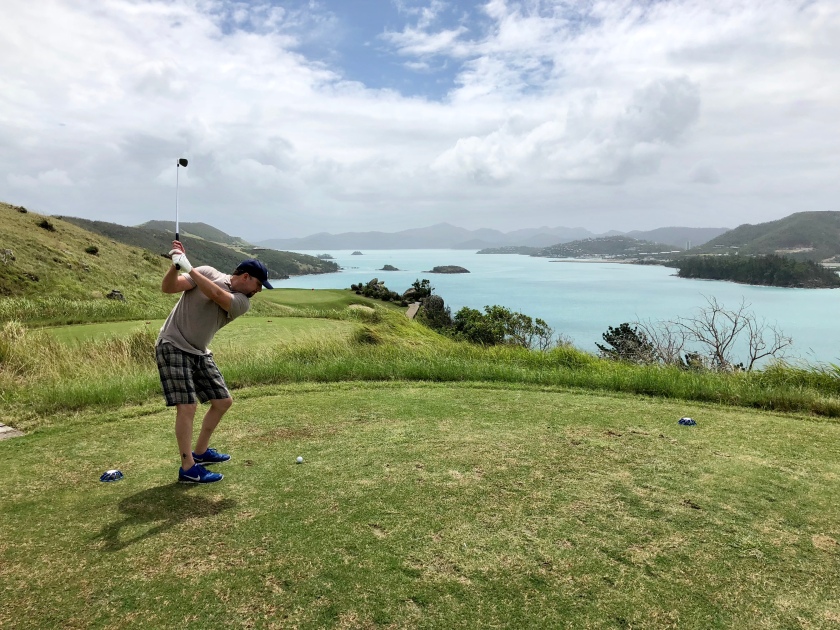 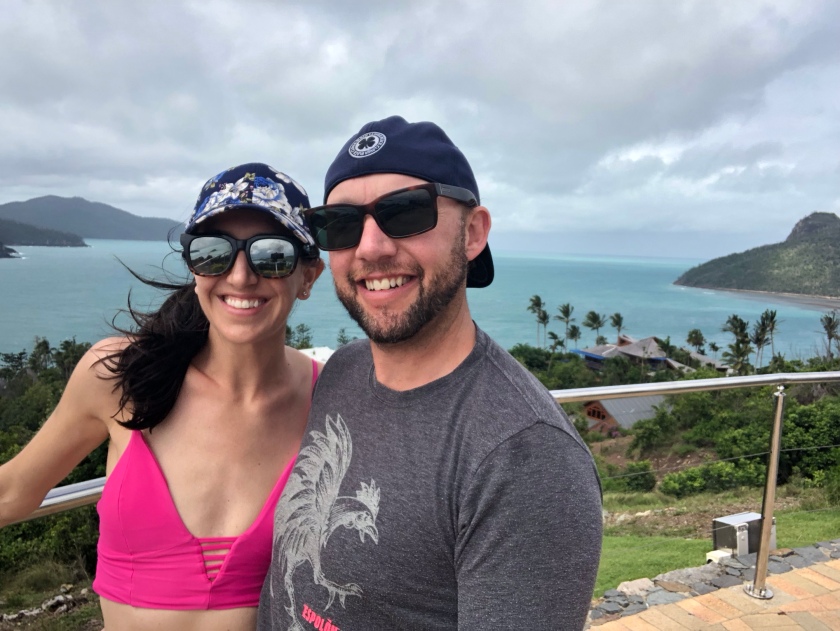 We spent our last evening in Australia in Brisbane, which I wish we would have had more time to explore.  We actually extended our time on Hamilton Island because we just wanted more beach time and relaxation, which cut into our stay in Brisbane.  But we made the most of our short time in the capital of Queensland, and decided to explore South Bank for the night which was just a short walk across the Victoria Bridge from the Next Hotel where we stayed off of Burnett Lane.  South Bank is one of the coolest, cosmopolitan neighborhoods with so many fun restaurants and bars lining the streets.  As we typically do when we explore a new city, Scott and I ate and drank our way through the district.  We started with tapas and Sangria at Olé Restaurant, then meandered through the magical, bougainvillea covered arbor that travels through the neighborhood and which is actually one of the city’s most famous landmarks, until we found the Southbank Beer Garden.  The beer garden overlooks Streets Beach, a community swimming pool with a man-made beach.  We passed by the Brisbane sign (pictured below) and the Wheel of Brisbane which are both located in the South Bank Parklands overlooking the river on our way back to our hotel.  And before calling it a night we dipped into a hip hole-in-the-wall, the Super Whatnot, for a night cap because we just didn’t want our trip to end.  I could have spent a week in South Bank alone… I guess we’ll just have to go back!

One thought on “Hamilton Island & The Whitsundays”